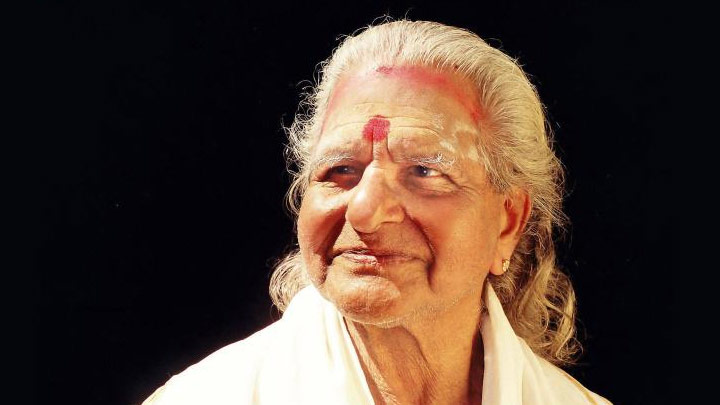 A young boy who lost his mother at the tender age of three and his father at the age of 13, decided to choose the road less travelled. He was expected to take agriculture as his vocation. Instead, the boy heeded to the voice in his heart and decided to pursue performing arts.

Teacher, mentor, performer; the roles this man dons despite the fact that he is 100 years old, vindicates the passion that keeps the flame in his heart raging. Age is not a restrain for this great maestro. Even today, the veteran effortlessly leaves audiences enthralled with the elegance and grace of his performance.

Kathakali, a unique dance-drama of Kerala, had its origin in the sixteenth century. For Chemancheri, the inseparable association with Kathakali began at the age of 15, when he left his home to join a Kathakali troupe run by Guru Karunakara Menon. Under the tutelage of this disciplinarian-mentor, the talents of Chemancheri began to scale greater heights.

After years of practice and hard work, Chemancheri founded the Bharatiya Natyakalalayam in 1945, which was the first school of dance in north Kerala. Later in 1983 he established the Cheliya Kathakali Vidyalayam in his native Cheliya village, about 30 km from Kozhikode. The institution conducts courses on different aspects of Kathakali and has a full-fledged Kathakali troupe.

Chemancheri's style emanates from a blend of north and south Kerala and by incorporating elements of other dance forms like Bharatanatyam. The most admired of all his roles is that of Lord Krishna, a role which when performed by him makes Kathakali an endearing experience for the audience.

Recognitions were aplenty. In 1979 the Kerala Sangeeta Nataka Akademi recognized his contributions with an award and later in 1999 with a fellowship. In 2001 he received the Kalamandalam award for special contributions to art and in 2002 the Darpanam Natyakulapathi award. Other notable recognitions include Mayilpeeli and Kerala Kalamandalam Kalarathnam awards.

A deep-rooted passion for Kathakali that runs through his entire being is what makes the maestro's mudras (hand signs) reverberate with life even today. It is this passion that empowers this 100-year-old-man with the ability to keep his audiences spellbound and amazed, everytime he performs.