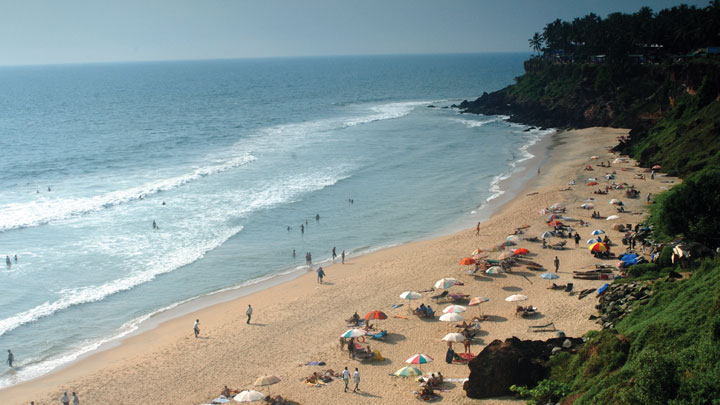 'In South India, a Low-Key and Cheap Alternative to Goa'

Varkala, a calm and quiet hamlet, lies on the outskirts of Thiruvananthapuram district. It has several places of tourist interests like a beautiful beach, a 2000-year-old Vishnu Temple and the Ashramam - Sivagiri Mutt a little distance from the beach. An impressive article was published in The New York Times dated 19 February 2015 about this bewitching beach. The article which was titled “In South India, a Low-Key and Cheap Alternative to Goa” written by Sarah Khan eloquently sketches the grandeur of the place with vivid strokes.

Sarah Khan remarks “ Varkala is primarily known for a triumvirate of activities that render it appealing for active and leisure visitors alike: yoga, Ayurveda and surfing. She further says “you go to Goa to rave, but you go to Varkala to rejuvenate”.  She brilliantly depicts the splendid cliff with its awe inspiring serenity, herbal shops, Ayurvedic centers and countless restaurants.