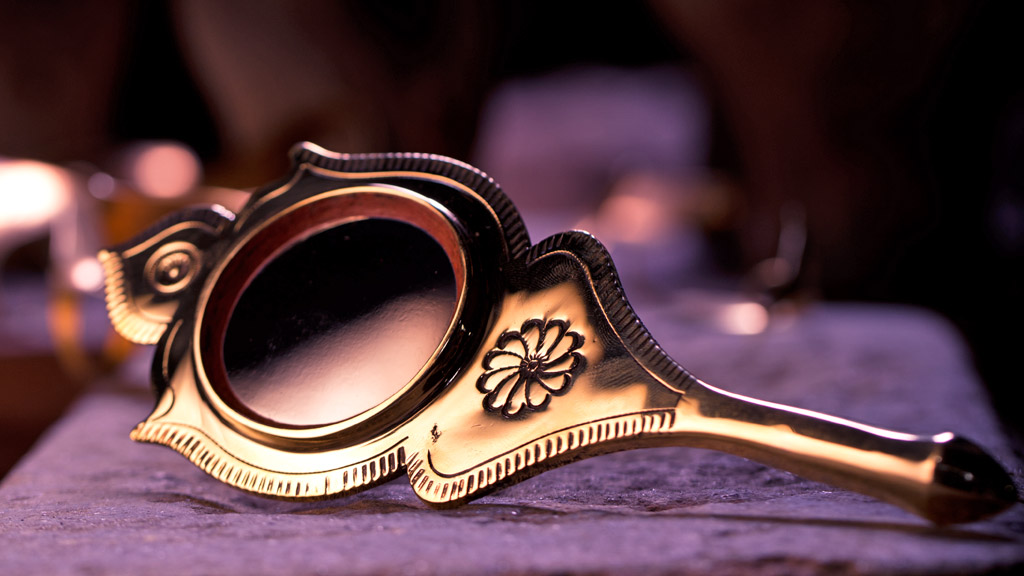 Sudhammal - The Guardian Angel of Heritage

Sudhammal is the lady secret keeper of the heritage and culture of Aranmula, a sacred land on the banks of the serene River Pampa. She holds the fire for making the world-renowned metal mirror, the Aranmula Kannadi.

A unique metal alloy mirror, the Aranmula Kannadi made in Aranmula, a small town in Pathanamthitta district, is the first product to get geographical indication in Kerala. The secret behind its making is guarded by a few households of the master craftsmen in Aranmula. A unique blend of tin and lead in a fixed ratio results in this metallurgical miracle.

In ancient times two prominent Vishwakarma families were engaged in this art. Mangalathu House in Malakkara in Pathanamthitta district has decades-old tales to narrate about the origin of this rare piece of art. It is believed that this 1000- year-old craft was born in the hands of a woman named Parvathy Ammal, who was an ancestor of Sudhammal. Sudhammal follows the footsteps of this eminent lady. Specialised in the making of ‘Aalila Kannadi’, ‘Shankhu Kannadi’ (Conch-shaped Mirror) and ‘Vaal Kannadi’ the heritage of Aranmula is now safe in her hands.

Sudhammal’s father and grandfather were renowned for this art of creation. Her father M.S. Janardhanan Achary is a recipient of the National Merit Award for Heritage preservation along with State awards from the Handicrafts Development Cooperation and Kairali.

After the demise of her father, 32-year-old Sudhammal entered into the arena of this mysterious metal crafting and became the proud owner of Sree Parthasarathy Handicrafts and Mirror Center. Even though she faced much opposition from the society, she refused to back out and moved forward courageously. With the ardent support of her mother Ponnamal and her two children Niranjana and Govardhan, she made 2000 mirrors within a period of 3 months immediately after her father’s demise to honour a deal her father had made.

Today, Sudhammal is one among the only two ladies who hold the patent rights for Aranmula Kannadi. She considers herself fortunate to be the creator of a work of art that has baffled and earned the admiration of metallurgists from across the globe.