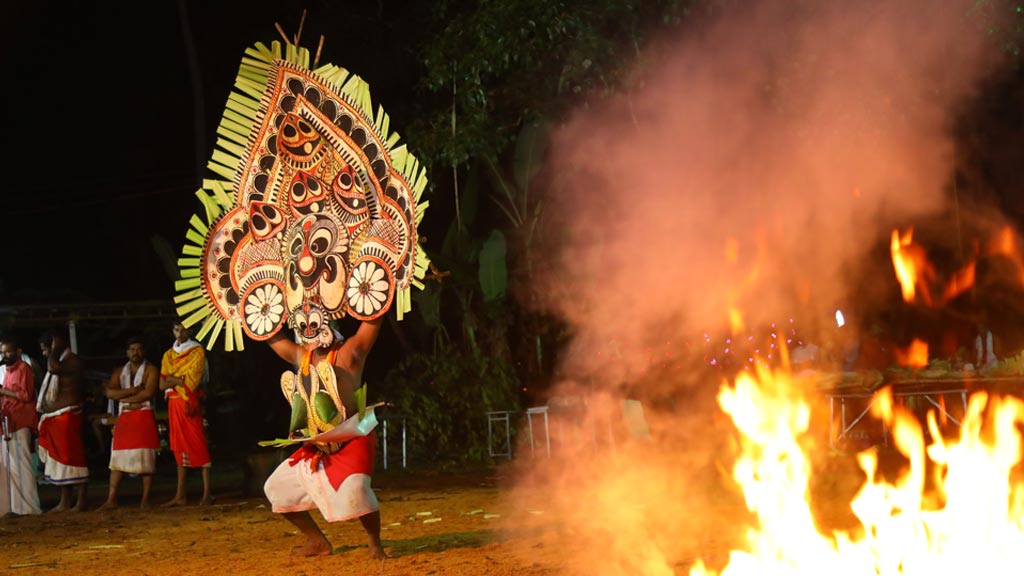 Soon the rustic hamlets of God’s Own Country will bear witness to some breathtaking sights of ethnic art that celebrate the very essence of folk music, art, dance and satire.

Clad in heavy headgears, loud make-up and flamboyant costumes, the Padayani kolams will walk majestically through the sacred groves of South Kerala during the annual festival season spreading festivity all around.

Padayani is an ancient ritual art form popular in the Bhadrakali Temples of Central Travancore (mid-Kerala). According to mythology, this ritual art form commemorates the dance performed by Lord Shiva and other Gods to pacify Goddess Kali, whose rage could not be quenched even after she slew the demon, Darika.

The main attraction of Padayani festivals is its theatrical procession called Kolam. The frenetically pirouetting Padayani Kolams, in their over-sized headgears and masks, performing the ritualistic dance to the rhythms of Kolappattu (songs) followed by the rhythm of traditional percussions like thappu and chenda are an impressive sight to behold.

Unlike Kadamanitta or Kottangal, Nelampeeroor Padayani performances are unique with their grand processions of highly decked effigies of swans that are made of organic materials such as Ixora flowers, lotus leaves and the stem of plantain trees.

Get the Padayani festival calendar