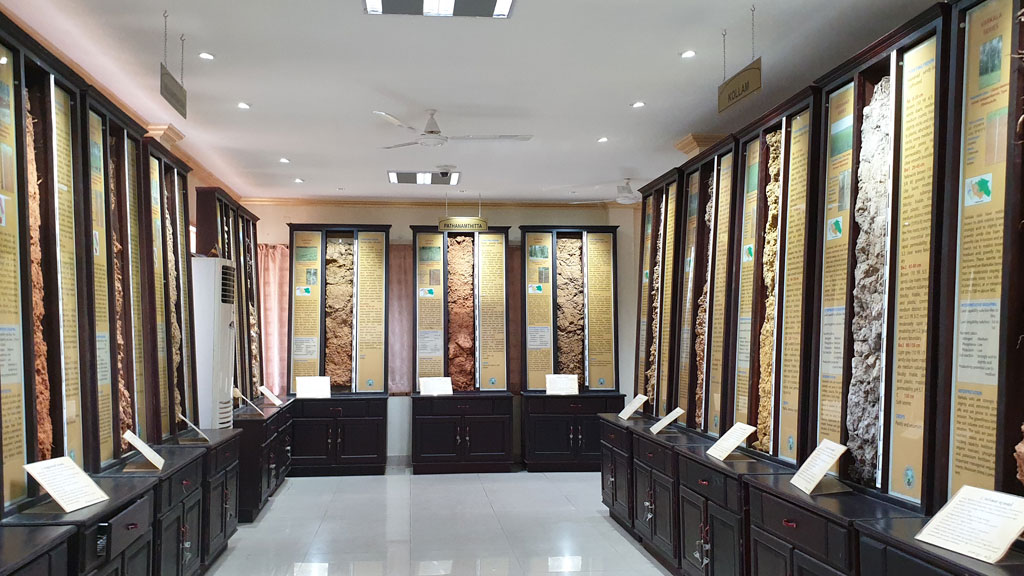 "I am your soil. Please touch, feel and conserve me". This is how the Soil Museum greets you. And true enough, you are faced with a multitude of boxes containing soil varieties. Go ahead! You may touch them and feel their myriad textures. And once done, immerse yourself in the wonders of soil varieties of Kerala.

With its extensive range of soil exhibits and data, the Soil Museum in Thiruvananthapuram is considered one of the largest in the country. The museum which opened with eighty-two 1.5 meter-tall monoliths of benchmark soils in the state is ever-growing, and efforts are being made to source soil monoliths from across the country.

The museum is a one-stop place to know everything about soil. The gigantic vertical sections of soil display its diversity. The soil is classified into eight in Kerala. The museum features the benchmark soils in all the districts in Kerala. 'Benchmark soils' denotes soil varieties found extensively in a region or those that have some peculiar attribute.

The many types of soil exhibited at the museum also give a peek into the nature of the land and the crops cultivated in all the districts. So one gets to see how the soil in the mountains, wetlands, coastal area and so on are different. All information regarding the soil is provided.

The two-floor museum also has models displaying the importance of soil. Aspects such as soil conservation, soil erosion, soil pollution and similar concepts are explained through exhibits and working models. Soil maps of Kerala and the many soil sampling techniques are all exhibits here. The Soil Museum is run by the State Soil Survey and Soil Conservation Department at Parottukonam in Thiruvananthapuram.

The museum is open from 10 am to 5 pm on all days, except Sundays, Second Saturdays and public holidays.