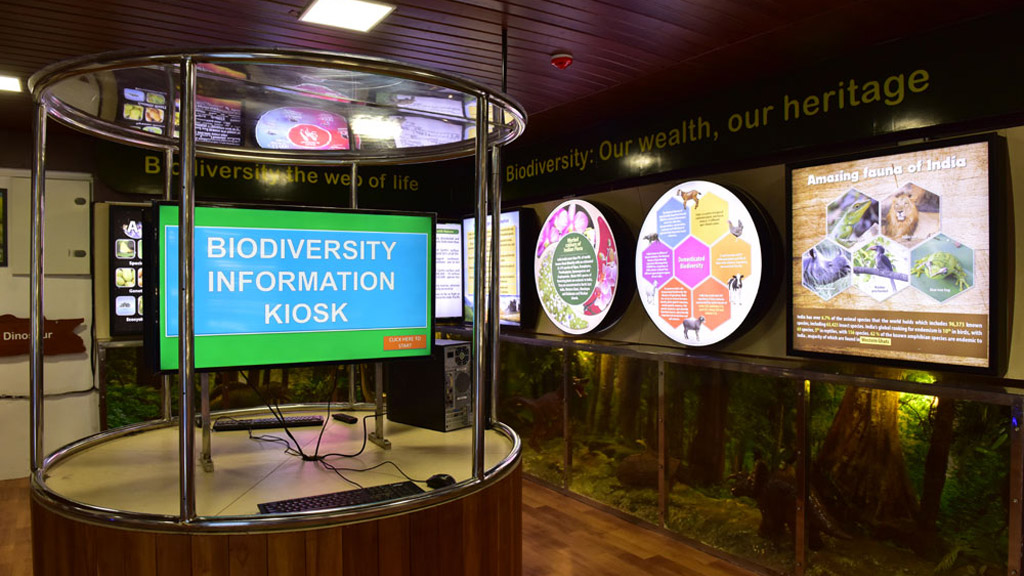 The Wonders of Planet Earth

In a centuries-old Boat House in Kerala, there exists a one-of-a-kind museum – the first-ever Biodiversity Museum in India! It is a one-stop destination for all your queries about biodiversity and lifeforms on the planet.

The journey starts right from the Big Bang Theory to the origin of life and the evolution of many life forms on planet earth.

Set up by the Kerala State Biodiversity Board (KSBB) at Vallakadavu in Thiruvananthapuram, the museum seems to be bursting at its seams, with its range of exhibits that provide awareness about biodiversity, species diversity, and ecosystems.

With exhibits, dioramas, scaled-down models, interactive kiosks, and LCD displays, the Biodiversity Museum offers a thrilling journey through the rich wealth of biodiversity in the country.

Ample stress is given to generating awareness about biodiversity among the public and also about conservation and sustainability.

While the Biodiversity Gallery gives information about the extensive spectrum of biodiversity in Kerala and India, the exhibits range from prehistoric and extinct animals such as dinosaurs to threatened species.

A rare exhibit here is the Science on a Sphere (SoS), a room-sized global display system which is similar to a huge animated globe. This globe spins, changes colour and provides real-time planetary data. The focus is also on creating awareness about climate change and biodiversity.

The 3D theatre set up here is an added attraction. Another key focus is on the major threats to biodiversity and the many conservation initiatives being undertaken at the global and national levels. The scale models of endangered and endemic species offer a new perspective on biodiversity. Along with this, an aquarium and medicinal plant garden have been put up. The museum also hosts products such as traditional rice varieties, over 135 marine shells and other marine products.