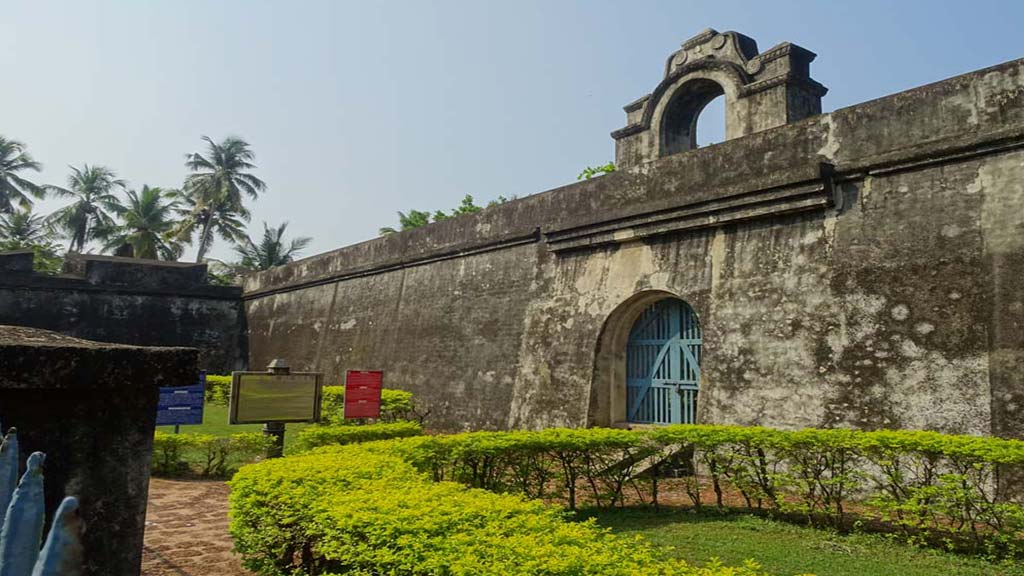 Anchuthengu Fort - Whispering Tales of Past Wonder and Magnificence

For the uninitiated travellers riding along the tiny coastal hamlet of Anchuthengu, the Anjengo or Anchuthengu Fort is bound to be a mighty surprise. It stands tall and imposing by the roadside oozing an old-world charm. A 17th century fort, the Anjengo Fort located in Anchuthengu, a fishing hamlet in Thiruvananthapuram, is regarded as one of the earliest signs of British settlement in India. This laterite-concrete fort is a colonial relic, and was the first signalling station for the ships arriving from England. Its setting up marked a significant chapter in the history of trade and communication for the British.

The fort was constructed in 1685. History has it that there was a lot of resistance towards the construction of the fort. The absence of cooperation from the locals, and the prevalent local norms compelled the company to bring in material and men from Thalassery and Bombay. Mr. John Barbourne, the chief of Anjengo, became the Chief of the fort. He was followed by 31 other chiefs, until 1810. The fort has also been witness to many an attack. A very important English outpost, it had the trading centres of Colachel, Edava and Vizhinjam under its jurisdiction. The fort was ceded to the Political Resident at Trivandrum in 1810. It became part of Malabar and later in 1927 it was transferred to Tirunelveli district and in 1950 it got transferred back to the Travancore-Cochin state.

On the west, the mighty Arabian Sea defends the fort, on the south the Attingal river defends it while its estuary defends the fort on the east. A road runs along the east of the fort wall. Gardens and lawns have been created within the compound wall and between the northern and southern bastions. The main doorway stands in the centre of the eastern wall, and right above the gateway is a pavilion.

This square fort has four bastions and has a flight of stairs at each corner of the fort. Walk up the stairs and you get to walk along the fort walls. The view from here is breathtakingly beautiful and offers a bird's eye view of the sea-side village. The rampart walls are over 15 ft high and the walls are made of laterite blocks cemented with lime mortar. You can also see some remnants of the past such as the remains of an old wooden flag in the north-west bastion. A few tombstones can also be seen outside the fort wall. This well-maintained fort is a protected monument of the Archaeological Survey of India.