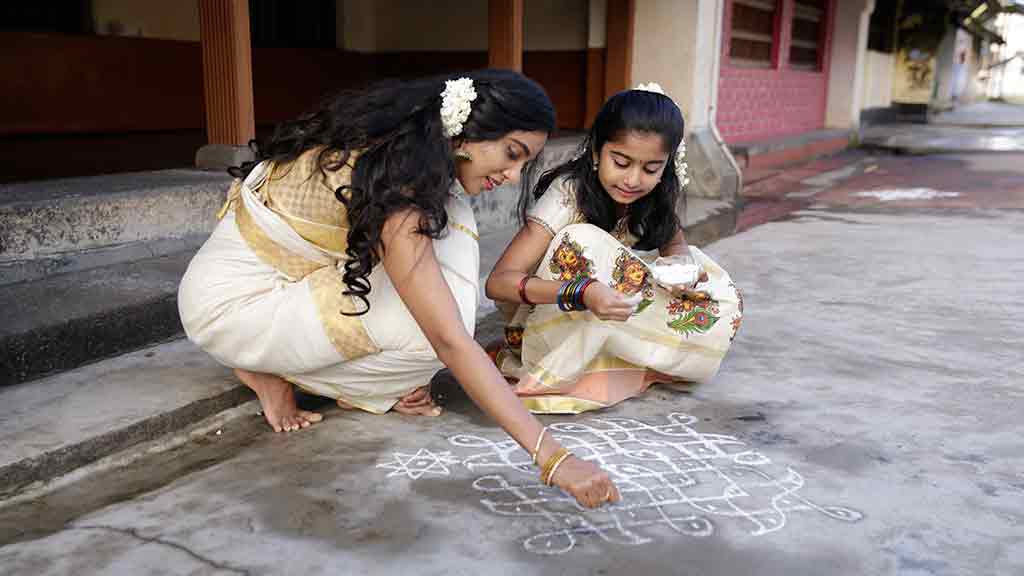 The first heritage village in the state, Kalpathy in Palakkad district is famous for its unique architecture, culture and Rathotsavam (chariot festival). The traditional hamlet on the banks of River Kalpathy was established by migrant Brahmins from Thanjavur.

There are mainly four agraharams in Kalpathy: Chathapuram, Govindarajapuram, Old Kalpathy and New Kalpathy. Even if the nearby places have changed, the cultural heritage of the village has been preserved as such over the years.

The annual Ratholsavam or chariot festival at Sree Viswanatha Swamy Temple is one of the most spectacular festivals of Kerala. It is based on Vedic Tamil Brahmin culture. A week-long Carnatic music festival is organized as part of this.

During the last three days of the festival, the deities from the temple are taken out and installed in the chariot. There are three chariots: one for the main deity Sree Viswanatha Swamy and the goddess Parvati, the second for Visweshwara and third for Lord Subrahmanya Swamy.

These giant chariots are the cynosure of all the eyes during the festival. Festooned with flowers, mirror work, trinkets and other decorative objects, these temple chariots are a sight to behold. The devotees team up to lug these chariots through the narrow streets of the heritage village of Kalpathy.

The final day sees decked-up chariots from nearby temples in the villages of New Kalpathy, Old Kalpathy and Chathapuram also joining the festival. This rare meeting of the temple chariots is called Devaratha Sangamom, meaning “meeting of the Lords,” and is one of the much-awaited events of the festival. All the six temple chariots bearing the deities are then brought to Sree Vishwanatha Swamy Temple.

The chariot festival is held in the month of November.