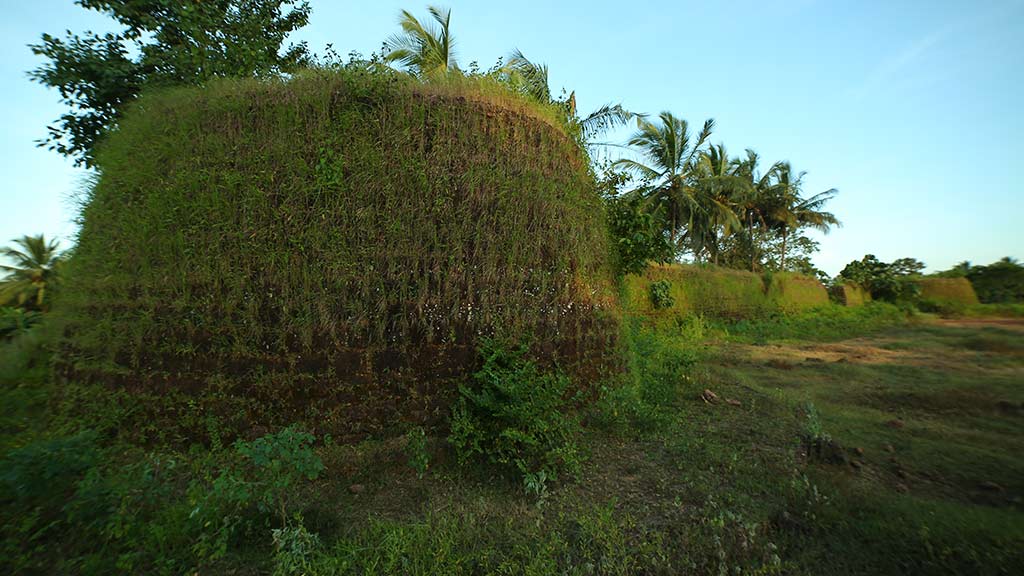 Kundamkuzhy Fort - A Walk to Remember

A walk into a fort is akin to a walk into a page in history. With countless narratives, the fort stands tall and whispers tales of triumphs and losses. The Kundamkuzhy Fort, though in  ruins now, recounts tales of a glorious past.

Located in the Bandadka village in Kasaragod, the Kundamkuzhy Fort is a land fort that dates back to the time of the Bednur Nayaks. This square fort is made of laterite blocks, and rests in the valley of laterite hillocks. The fort was constructed to ease and facilitate trade from the coastal towns to the Mysore plateau.

A 5 m broad passage on the western wall opens into the fort. A stepped well can be seen on the west of this passageway. The fort has undergone restoration in certain areas and can be observed in some structures, including the entrance. It is believed that earlier the entrance was through the eastern side.

A moat runs to the east, west and south, and it can still be seen today. The wall-walk can be seen running internally, and from the wall-walk, the steps lead to the top of the bastion.

To explore the unexplored, head to Kundamkuzhy Fort!