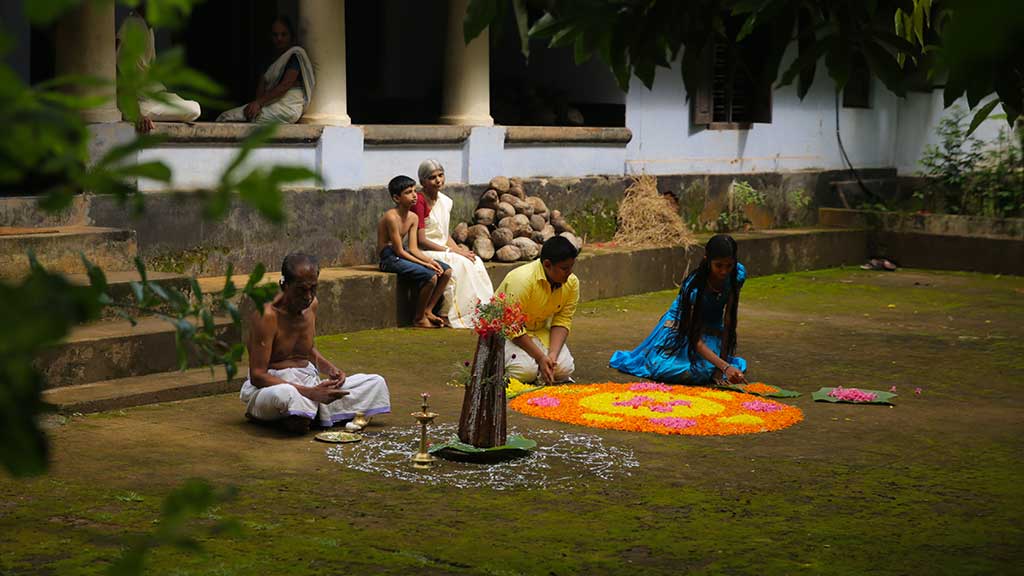 The very sight of Pookkalam or flower carpet ushers in the warmth and vibrancy of Onam festival to our hearts. Also known as Athapookkalam or Onapookkalam, it is set up on the floors of homes or public places during the Onam festival in the Malayalam month of Chingam [August-September] to mark the homecoming of mythical King Mahabali.

According to the legend, King Mahabali was sent to netherworld by Lord Vishnu after being tested for his devotion. But Mahabali was granted a boon so that he could visit his kingdom once every year. People welcome their king by laying Pookkalam at the entrance of their homes, public places and institutions.

Normally, the Pookkalam is round in shape and filled with colourful flower petals. The Pookkalam is laid out in ten small rings or low circular steps which are believed to represent ten different deities. There is also a belief that the Pookkalam defines the fight between Asuras and Devas.

This floral carpet symbolizes the spirit of unity and teamwork, and there are Pookkalam competitions in institutions and offices during the Onam festival.

To have a glimpse of the Pookkalam, check the following link: https://www.youtube.com/watch?v=oFqWP8ZLIL4