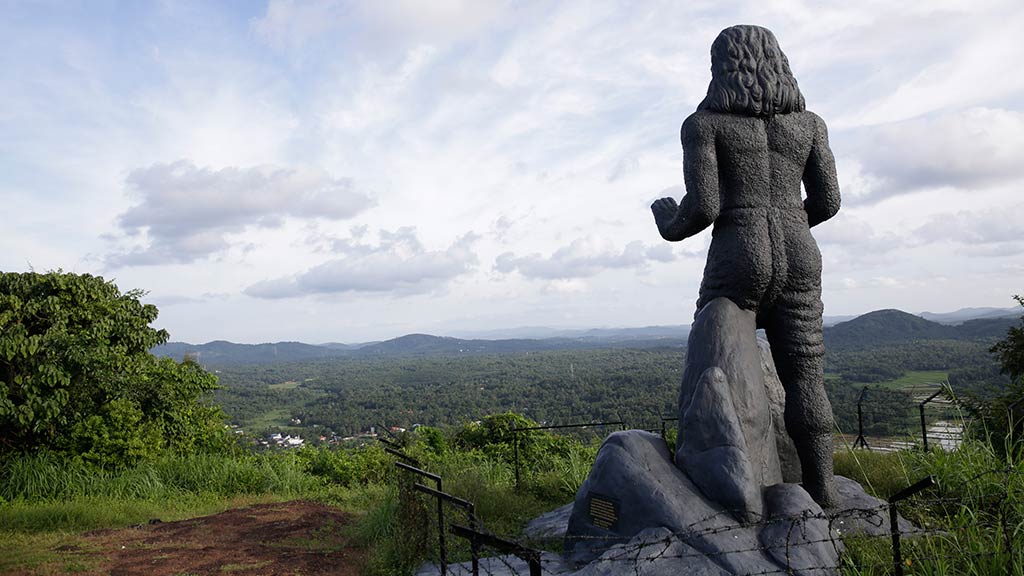 Rayiranellur Mala - Shrouded in an Air of Mysticism

The hills of Rayiranellur near Pattambi, Palakkad is an enigma to any traveller. At Rayiranellur Mala, a 500 m hill, myth meets history. Shrouded in mysticism, this is where Parayipetta Panthirukulam, the legendary folklore of Kerala comes alive.

Kerala is known for its vibrant folklores, and at this hill, one gets to experience an otherworldly story from the distant past. The hill celebrates the legend of Naranath Bhranthan and to honour this mythical character, a magnificent statue has been created and installed.

Legend has it that Naranath Bhranthan was one among the 12 offspring of Vararuchi, the astrologer in the court of King Vikramaditya. Naranath Bhranthan would roll huge boulders to the crest of the hill only to push them down the other side and then clap in joyous abandon. One day, Goddess Durga appeared before him and blessed him. The incident is believed to have happened on the first day of the Malayalam month of Thulam [October-November]. And till date, people climb the hill during this day, as a mark of respect to the legendary figure.

The hill can be climbed with ease as a flight of steps leads one to its crest. Revered by devotees, this hill sees hundreds of people offering worship during the pilgrimage season. The peak of the hill offers a magnificent view of the surrounding areas. This place exudes an ineffable aura of magic and mysticism. It is reason enough to come here and experience the beauty of solitude.