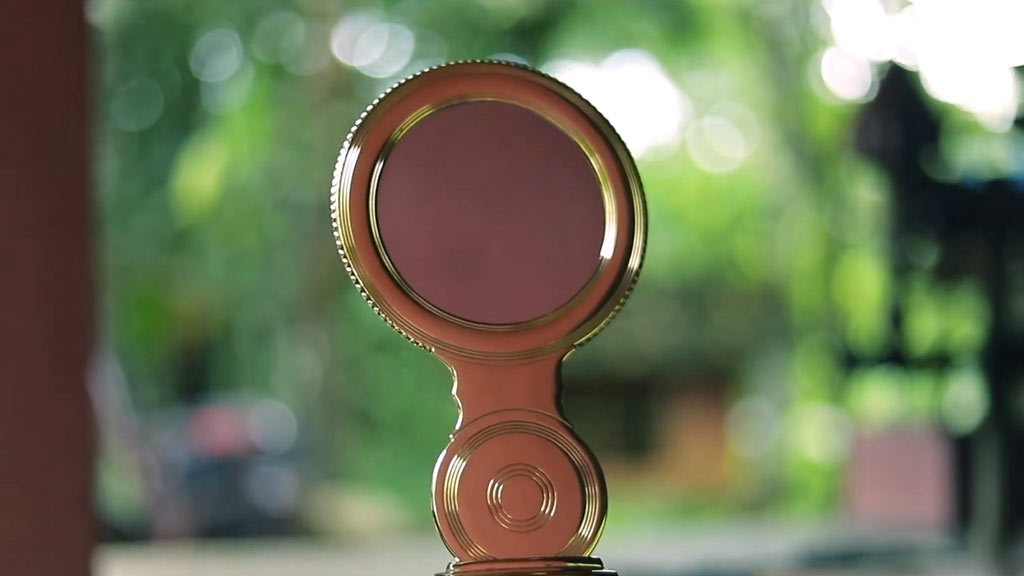 Adakkaputhur is a beautiful hamlet at Vellinezhi in Palakkad district, and is situated around 25 km north of Ottapalam. The village is famous for its legacy in Kathakali and has contributed numerous artistes to the classical dance form. Not only Kathakali, several other art forms too, such as Kutiyattam, Ottanthullal, Krishnanattom, Tholpavakoothu, and Pulluvanpattu, thrive here. It is also known for making Kathakali Koppu (wooden headgears and ornaments).

Perhaps a less known fact is that this village is known for its handmade ‘Adakkaputhur metal mirror’ which enjoys a prime status due to its unique craftsmanship. These mirrors are mainly made by craftsmen hailing from a community known as ‘Moosari’ who make ornaments, utensils and kitchen implements in bronze or brass.

Krishnakumar aka Kumaran, son of Balan Moosari, is the latest link in the chain, carrying the legacy of the craft. He learned the same metallurgy techniques that his father, Balan Mooshari, pioneered when crafting the first Adakkaputhur mirror. The mirror is completely made by hand and even the tools are handcrafted.

The process is slow and tedious, and requires unwavering concentration. Krishnakumar can make three-four mirrors in a month. First, a mould is made using a combination of beeswax, castor oil and sambrani (benzoin resin) and it is then encased in mud or clay. The casing has a small opening and once dry, the mould is fired. An alloy containing copper, tin and other unspecified metals are melted at a high temperature and poured into the mould and left to cool. A day after, the mould is broken and the metal piece is polished for hours to get a reflective surface.

Considered auspicious, the metal mirrors are popular gifts in Kerala, especially at weddings and other rituals.

To know more about the Vellinezhi village and its craft, check  https://www.youtube.com/watch?v=SR0ApfpG_CQ