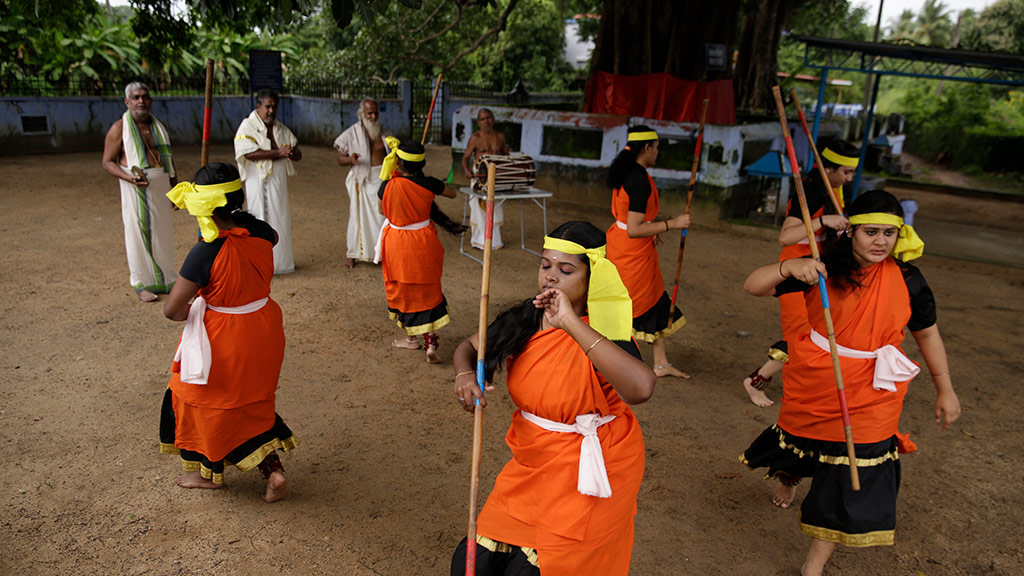 A well-known folk dance of Kerala, Kanyarkali is a fast-moving dance form performed against a background of rhythmic devotional folk songs and resounding drum beats. Also known as Desthukali, it is said to be a ritual offering in honour of the deity Bhagavathy.

Mostly practised in the Palakkad region, Kanyarkali owes its origin to the pursuit of martial arts in the region which were under constant threat from neighbouring Konganadu. It took birth when dance and comedy were pitched in to add vigour and colour to the martial training sessions. Musical instruments like Chenda, Maddalam, Elathalam and Chengila are used to provide the rhythm. Performed during the months of April and May, the art form is usually staged as part of Vishu celebrations in villages, and usually succeeds Vela (village fair).

The number of Kanyarkali dancers in a team varies from six to twenty, and the performance usually lasts for four days. Each day's performance is known by a different name: Iravakali, Anadikoothu, Vallon and Malama. The last day's performance is presented by hill tribes, in which women also participate. There are more than 40 steps or puratts in the four-day programme, and these are unique and impressive.