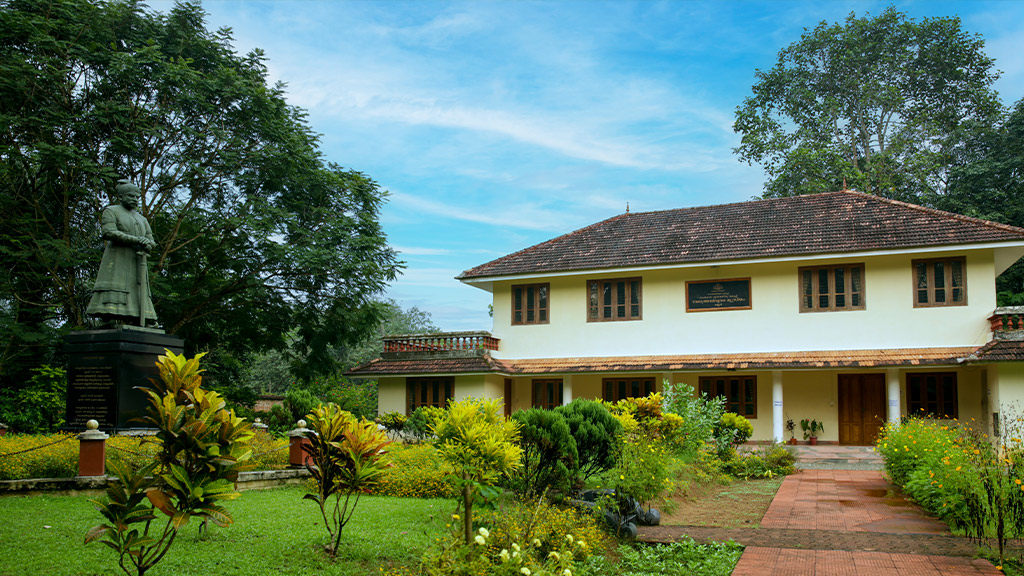 Located around 13 km from Adoor, Mannadi village in Pathanamthitta district has a significant place in India’s freedom struggle against the British. It was here that Veluthampi Dalawa, the Prime Minister of erstwhile Travancore kingdom who revolted against the British East India Company’s supremacy in India, spent his last days. He committed suicide at Mannadi Pazhayakavu Devi Temple to avoid capture by the British.

The place now houses a cultural complex built in memory of Veluthampi Dalawa. The complex houses a pavilion with the statue of Dalawa, a museum displaying copies of historical documents (including the famed Kundara declaration) and an open-air theatre.

Set up by the Department of Archaeology, the museum gives a glimpse of the heroics of Dalawa and the culture of ancient Travancore. It also has an open-air gallery which includes portraits of all the Travancore rulers from Anizham Thirunal Marthanda Varma to Sree Chithra Thirunal. The museum also has several artefacts such as the stone statue of Buddha, ancient agriculture utensils, cannons and ancient war equipment. A picture gallery depicting the life of Veluthampi Dalawa and a numismatics gallery are also there.

A shrine of Lord Shiva, said to have been destroyed by the British, is also seen in the compound. There is a beautiful garden and a library on the museum premises.