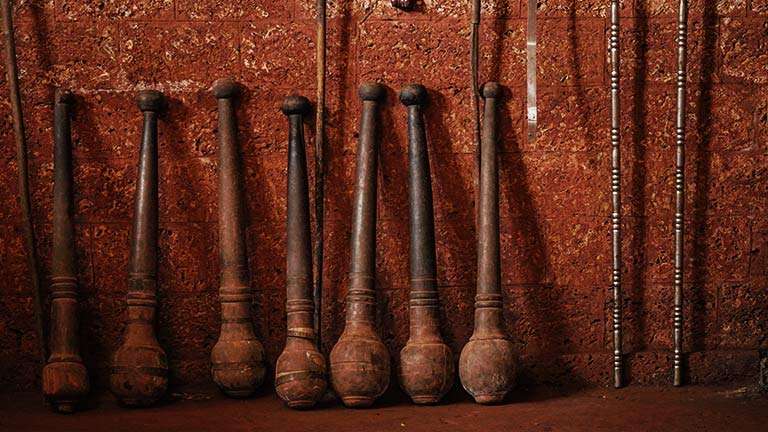 This kalari was established at Paravanadukkam in Kasaragod in 1987. P. K. Abubaker Musaliyar is the Gurukkal here. He learnt Kalaripayattu from Chelavur Mamu Musaliyar Gurukkal and Maulavi Gurukkal, and gained mastery over the Northern, Southern and mid-Kerala styles. He imparts training in all the three. Nearly forty students – which include school-going kids as well as adults – have currently enrolled themselves in his sessions, conducted during evenings on Mondays, Wednesdays and Fridays. They compete at national and international levels. Training at his kalari becomes more rigorous when the time for such competitions approaches. Besides, Kalaripayattu, Choorakkodi Kalari teaches Judo and Yoga to interested students. Foreigners, mostly from Scotland and New Zealand, also seek him out occasionally.

Accommodation facilities are not available at present. Foreign students stay at the Bekal Fort Resort close by, and come to the kalari for classes. The rest of his students come from the neighbourhood. All the treatment facilities associated with a typical kalari are available here too.