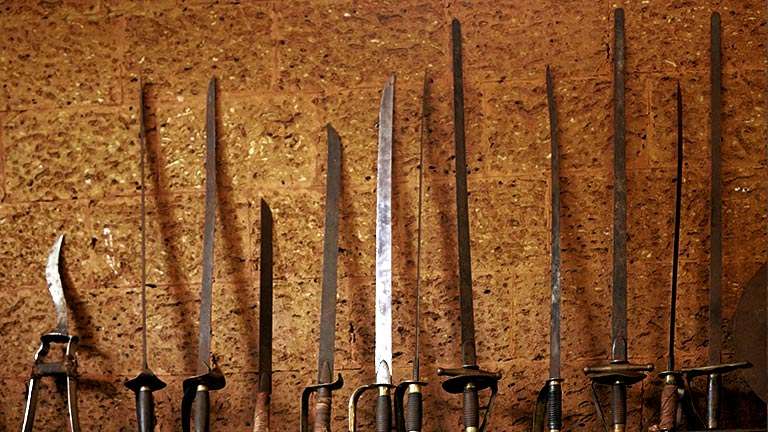 At present, Abdul Jaleel Gurukkal, Abdullakutty Gurukkal’s son, is the asan at Lubaina Kalari, and works as an instructor at Ernakulam Regional Sports Centre.  His sons Mujeeb Rahman and Shuhaib are also Kalaripayattu trainers. Besides, the main centre, Lubaina Kalari has 10 branches in Ernakulam itself and another at Bengaluru. Abdul Jaleel Gurukkal has been training students for the past 25 years. He is an expert in treating and curing bone-, nerve- and muscle-related issues too.

Lubaina Kalari teaches the traditional mid-Kerala style of Kalaripayattu which focuses on body control and self-defence. It does not offer short-term or crash courses because Gurukkal believes that even a full lifetime is inadequate to learn the nuances of Kalaripayattu. Besides, he believes, regular exercise and practice is the only way towards mastering the martial art. Despite such an uncompromising stand, Gurukkal has many students, among them, foreigners from Malaysia, France and other countries.

The centre at Edapally offers training all year long. The others in Ernakulam give training only three days a week, and the one in Bengaluru, twice a week, on Saturdays and Sundays. Lubaina has conceptualized a special training programme for girls in self-defence, called Pink Shields. It does not require any physical training but equips girls to face attackers and resist them in a crisis situation. Over the past two years, more than 1,000 girls have been given training in Pink Shields. This programme is conducted at schools, colleges and voluntary organizations, and has received very enthusiastic response so far. Lubaina Kalari conducts Kalaripayattu performances and action choreography all over India.