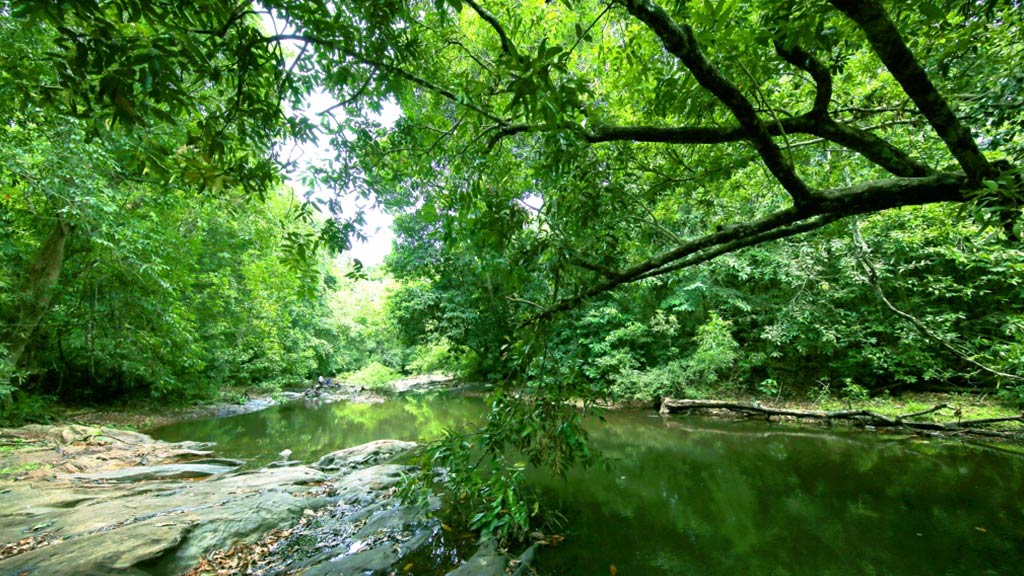 A Trek through the Verdant Green

Set out on a journey to Kannavam Forest situated near Thalassery in Kannur district, and fall in love with the vast green expanses!

The 14 km trek to Kannavam woods starts from Elapeedika village situated in the majestic Western Ghats.

Tall trees with canopies will give cool comfort as you proceed on your trail. On the way, you may spot wild animals and exotic birds. Wild encounters are rare here because the lush foliage of Kannavam knows how to hide its most formidable inhabitants. But if you are lucky, you may catch a glimpse of Vanadevatha (Malabar Trim Nymph), one of the most beautiful butterflies that is seen only in this forest.

Amidst the luxuriant jungle is a waterfall named ‘Areekkayam Manikkundu’ that awaits travellers with its mighty falls.

Besides its breath-taking natural beauty, Kannavam will astonish you with its remnants of history. A mosque named ‘Velumbath Makham’ is situated in the middle of this forest. Close by is the Thodeekalam Temple that was a shield and sanctuary for the valorous king, Kerala Varma Pazhassi Raja. The temple is noted for 150 mural paintings done on roughly 40 panels on the four walls of the sanctum sanctorum, covering a total area of 700 sq. ft.

It was in this forest that Pazhassi Raja organised guerilla warfare against the British. The forest has been witness to many other war strategies too against the colonizers.

Though known for its rich natural beauty, Kannavam Forest thus holds a significant position in the history of Kerala, and symbolizes Kerala’s contribution to India’s revolutionary resistance and independence.