Munnar, the famed hill station of south India, is a romantic locale where natural beauty is everywhere to visit, explore and to enjoy. Munnar is situated at the confluence of three mountain streams – Muthirapuzha, Nallathanni and Kundala – and the word ‘Munnar’ means three rivers in Malayalam.  Situated about 1600m above sea level, the hill station had been the summer resort of the British Government during the colonial era. Imprints of the colonial past stand tall in the Munnar town in the form of English country cottages. Virgin forests, savannah, rolling hills, scenic valleys, numerous streams, huge splashy waterfalls, sprawling tea plantations and winding walkways are all part of the great holiday experience on offer for a traveler to Munnar. Munnar is also known for Neelakurinji, a rare plant which flowers only once in twelve years. The ‘kurinji season’ in Munnar is a magnificent sight when the hills and valleys get bathed in the blue of the Neelakurinji blooms. 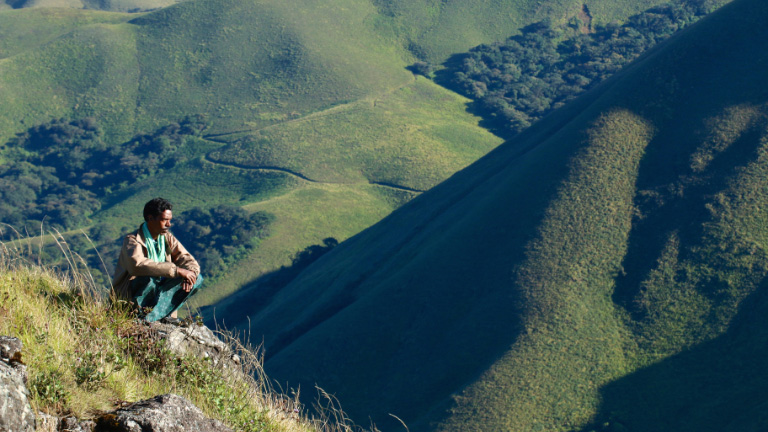 Awake to a refreshing experience

Its five past five in the morning. Atop a scenic hill in Munnar, surrounded by wild blooms in the brilliant shades of yellow and blue, a young couple is awaiting the sight of a lifetime. In the gentle silence a cool breeze came tousling their hairs and a little bird lazily flew out of the nearby woods to the swirling clouds… and finally…the magical moments arrived.Out in the horizon, the sun peeped through the clouds slowly revealing a vast landscape radiating in the golden rays. Everything around them, the mist-clad hills, valleys and the woods are enlivening up… the couple savors an amazing sight of nature at its very best mood. Every year thousands of travellers from around the world reach Munnar, the famed South Indian hill station, to enjoy their holidays in a magnificence called nature. Right from a glorious sunrise, holidaying is a refreshing experience in Munnar which would live in their memories for ever. 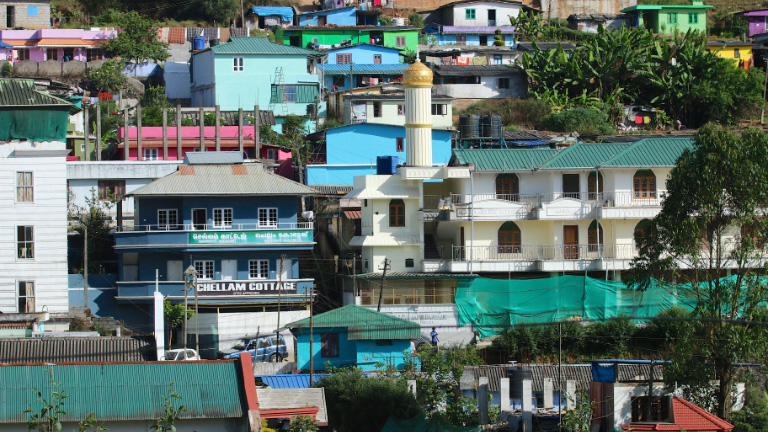 Munnar is part of the Idukki district in Kerala. The Munnar region is situated at an altitude of 1500 – 2500 m above sea level where the average rainfall is 275 cm. Anamudi, the highest peak in South India, with a height of 2,695 m is the pride of Munnar.  Reaching MunnarThe State of Kerala, which boasts of three international airports, has good road and rail connections. The nearest airport to Munnar is the Cochin International Airport at a distance of around 119 km. International travellers, directly heading to Munnar, can prefer Ernakulam Town near to the Cochin International Airport as the starting point for their journey to Munnar. The nearest railhead is Ernakulam Junction, about 120 km away. Public transport services are available to Munnar from almost all major bus stations in the State. 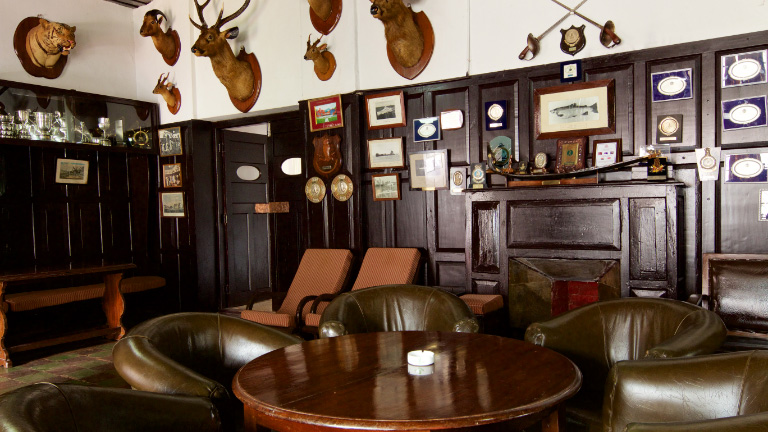 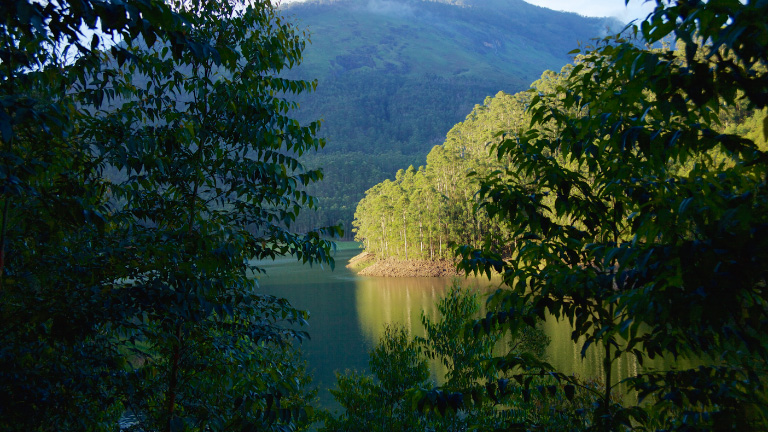 Tourist spots in and around Munnar 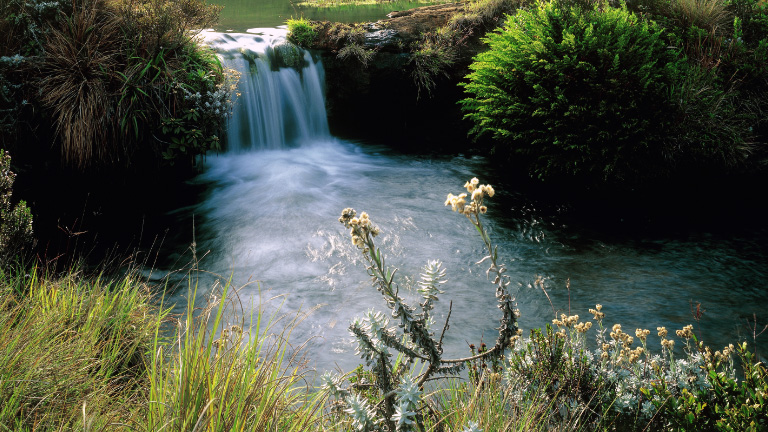 Other Tourists spots in and around Munnar 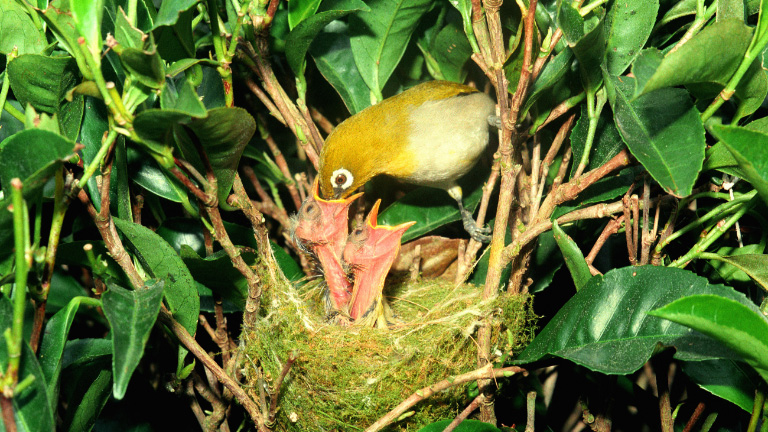 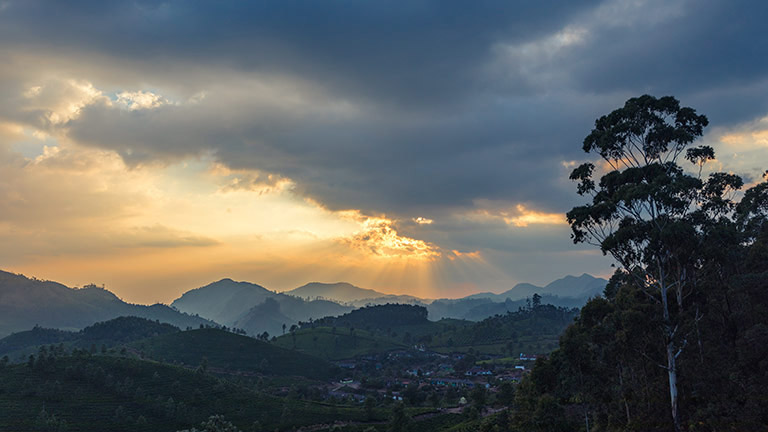 Munnar and Idukki, the district to which it belongs, grow a variety of spices. Kumily a plantation town near the famed Thekkady Wildlife Sanctuary is recommended for those who wish to buy farm-fresh spices. One can also visit the cardamom auction centre, where traders from different Indian states arrive to buy the ‘queen of spices’ in her exotic best.

Idukki district, formed in January 26, 1972, is a scenic region in the State. 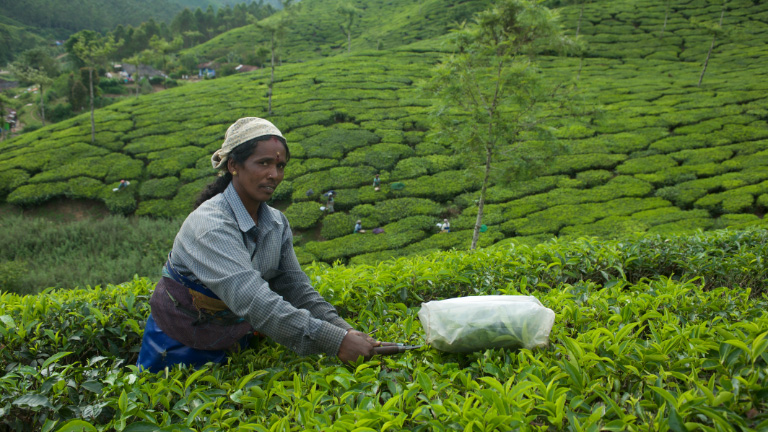 The Tata Tea Museum in the Nallathanni Estate tells the eventful story of Munnar; its transformation from an uninhabited stretch of forest land to a plantation town. The highlights of the museum include old machineries used for tea processing, photographs and some other curious displays that throw light on the efforts of some adventurous planters who dared to conquer the wild with minimal equipment and little resource. Rotorvane, an old tea roller used in the CTC type tea processing, would be a wonder for even those associated with modern tea industry. There is a CTC tea manufacturing unit in the museum where visitors can get to now the old method of tea processing. However, the real treat here would be the tea tasting unit where one can savour a variety of flavours.     And if you think that the displays are confined to just tea-making, you’re wrong. Like the ‘Pelton Wheel’, used at a power generation plant set up at the Kanniamallay Estate in 1920s, a variety of exhibits show the infrastructure development activities which have happened in Munnar in its journey towards becoming a major tea producing centre in the country.Another proud display of the museum is a large sundial made in 1913. Placed on a granite block, the sundial was made by Art Industrial School, Nazareth, Tamil Nadu. There is also a section featuring classic furniture belonging to colonial bungalows. The exhibits include wooden chairs, tables, decorative displays, magneto phone, iron ovens and a wooden bath tub. Office furniture of tea estates like typewriters, manual calculators and an EPABX dating from 1909 are also exhibited.A burial urn discovered from the Periakanal tea estate in Munnar is also displayed at the museum. The urn dates back to second century BC.The museum is open from 10.00 a.m. to 5.00 p.m. on all days. Travellers are advised to contact the museum authorities prior to the visit.Contact address:Tata Tea MuseumNallathanni EstateMunnar, Idukki District 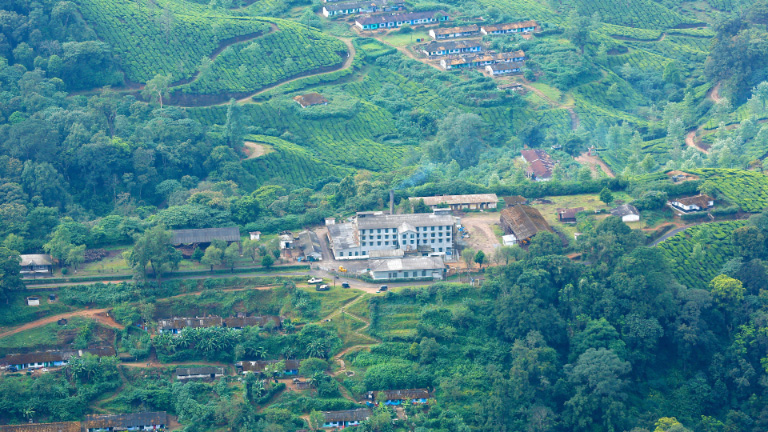 Behind the sprawling tea plantations of Munnar, lies an eventful story of some ambitious planters and the victory of their determination over challenges and adversities. There were ups and downs in the story and it wasn’t short of real downers. The Kundala Valley Railway, set up by the Kannan Devan Company for the transportation of tea, is one of them which was devastated in a deluge in 1924. Though stories of reconstruction are not rare in this hill country, this monorail goods carriage line was never rebuilt. Munnar is one of the first places to have a railway line in the country. Ironically, the hill station and the Idukki the district to which it belongs do not have rail connection even today. Travellers to Munnar can even today see its scattered remains. The building that acted as the main railway station is today the regional office of Kannan Devan Hills Plantations Company Private Limited (KDHP) (formerly Tata Tea).        The beginningBy 1920s Tata Tea became a solely tea producing company with around 16 fully equipped factories. A major chunk of the produce was exported to UK via the Tuticorin port in the nearby State of Tamil Nadu. Quicker modes of transportation became inevitable and Mr. W. Mime, the then general manager of the company, set up a mono rail cart road connecting Munnar and Mattupetty with Top Station. Five-hundred bullocks were brought to the hill station and a veterinary surgeon and two assistants from England were assigned with the task of attending to the animals. The goods carriage consisted of a simple platform running on a small wheel over the rail and a larger one pulled by bullocks. From Top Station, where the mono rail ends, tea was carried on ropeway to Kottagudi, which is also called the Bottom Station.  From Bottom Station it was transported to the lower country and then to Tuticorin. The containers used for packing were ‘Imperial Chests’ imported from the UK. In 1908, the monorail gave way to a light railway. Starting from the Munnar station, the service had two stations en route, at Mattupetty and Palaar, before ending the journey at Top Station.      In 1924, Munnar was hit by the worst flooding ever seen in the area. Besides causing extensive damages to plantations, roads and dwellings, the rains and the flood washed away the lifeline of Tata Tea, the Kundala Railway. The rail was virtually washed away in most parts making reconstruction unthinkable. Soon afterwards Tata Tea opted for ropeways for the transportation between Munnar and Top Station. The remains of the railway and the ropeway still exist on the Kundala - Top Station route. Interested travellers can go on a trail into a significant past of Munnar which chugged out into oblivion. First among them is the main railway station building, which now serves as the regional office of Tata Tea. The platform in front of the building has been converted as a road. And you could have some unexpected sightings of the old rails like the one used as a support beam on the main gate.Next on the trail is the Aluminum Bridge near the Munnar town. The bridge, originally set up for the railway track, has been converted as a road. However, one can spot its similarity to a railway bridge at the very first sight. The Tea Museum in the Nallathanni Estate also has a memorabilia of the Kundala Railway. Displayed here is a rail engine wheel of the first and only railway in Munnar.    The ropeway station in Munnar, which was once a hub of activities, is today a quaint location. The building here which was the starting point of the ropeway is today the store of Tata Tea.At Top Station, about 40 km away from Munnar town, the end point of the Kundala railway line, travellers can see the remains of the old railway station and the ropeway in the form of wheels, tracks, signboard etc. 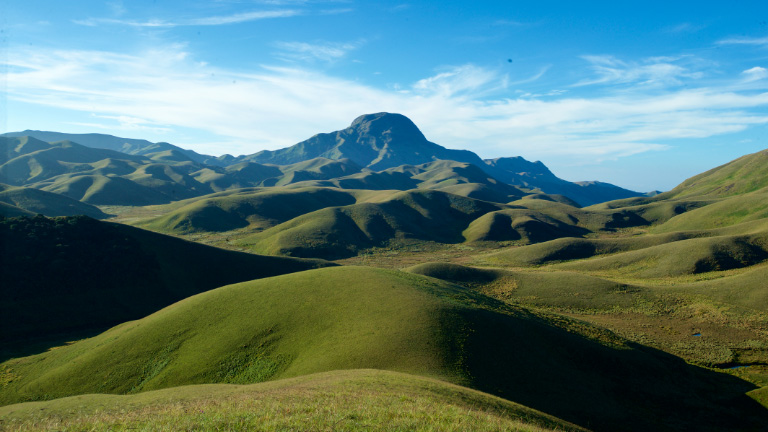 The High Range Club, an elite planters’ club set in e one of the scenic locales of Munnar, is a careful preserve of the classical atmosphere of early 1900s. Started in 1905, the club admits only corporate planters of Munnar as members, but offers accommodation facility for travellers to Munnar.  Guests to the club can try their hands on a well-maintained 9-hole golf course. Golf gear is provided by the club.  Excellent facilities for billiards, tennis, squash and table tennis are also available at the club. Besides a cards room, the club also runs a well-equipped modern gymnasium. There is also a children’s park on the 6-acre campus. The club also maintains a library with a decent collection of fiction and periodicals. A classic dining experience evolved during the colonial era is another highlight of the club. Travellers can savour a variety of dishes in a classic ambience enhanced by period furniture.It was in 1934 that the club first gave membership to a person of Indian origin.  The prestigious member was none other than the Dewan of Travancore. Diwali and Independence Day were celebrated at the club for the first time in 1972. Amenities for travellersThe club offers classic accommodation experience for travellers. Besides four deluxe cottages, there are five cozy period double rooms in the main building for offering a colonial ambience and modern comforts. The main lounge of the club is ideal for get-togethers and business meetings. Homely food is provided to the guests and there is also a cozy dining hall which would be perfect for dinner parties. Food, according to the dietary requirements of the guests, is also provided.  The club has a strict dress code in its premises. Travellers are advised to contact the club authorities well in advance to know them. HistoryIn 1905, a group of planters formed a club named Gymkhana Club with the help of a loan from Tata Tea. The club had a modest beginning with a small pavilion set up on the grounds which today is a golf course. In 1909, the work of the club was started which was completed in a year. Formed as a residential club, the club was electrified and earned a telephone connection in 1916, which were luxuries at that time. In the floods of 1924, the golf course, grounds and tennis court of the club were destroyed. Deluge again played havoc with the club in 1952 when it lost a well-maintained library. Contact details:The Executive SecretaryHigh Range ClubMunnar, Kerala - 685612 Phone: + 91 4865 230253, 230724Website: www.highrangeclubmunnar.comEmail     mail@highrangeclubmunnar.com