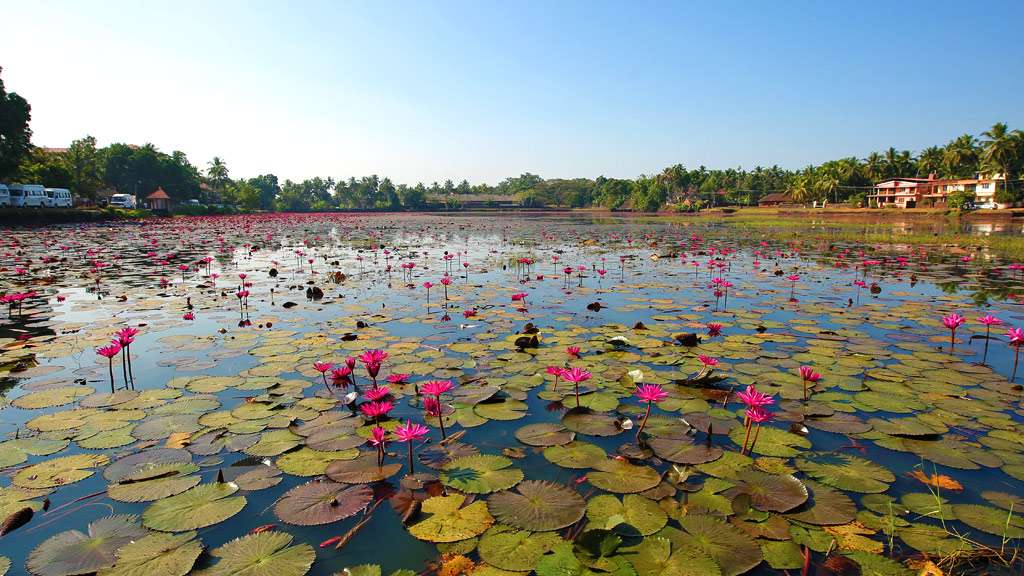 Chirakkal Chira is a beautiful pond situated at Chirakkal village, 6 kms north of Kannur. Spread over an area of about 15 acres, it is the largest artificial pond in Kerala. It was built by Chirakkal rulers over 350 years ago, and is a testament to the vision and intelligence of the rulers of a bygone era. There are three branches of the Chirakkal family, and their kovilakams [palaces] are situated on the three sides of the pond.