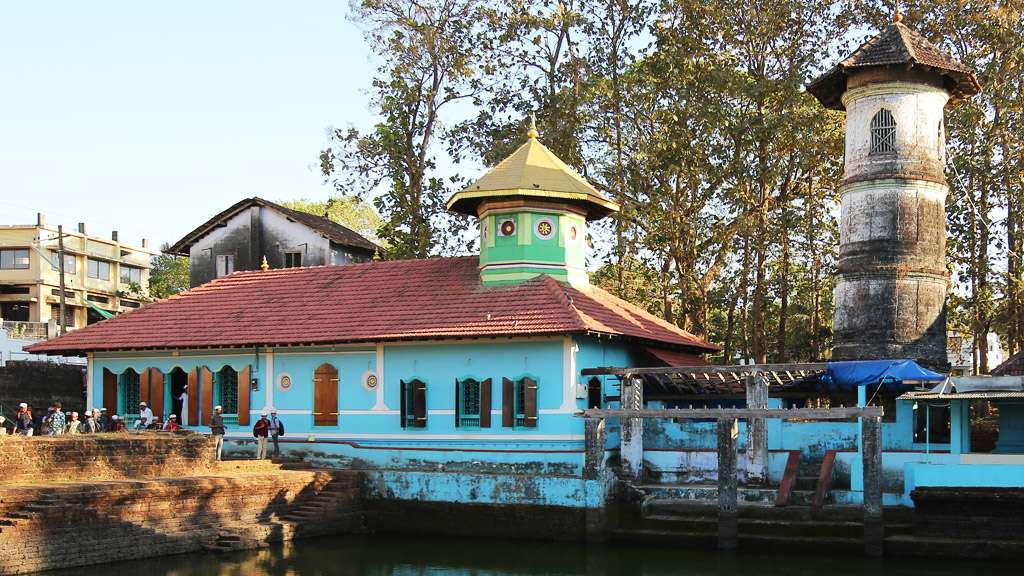 The Kakkulangara mosque is situated at Valapattanam, 7 kms north of Kannur. It was built in typical Kerala architectural style but incorporated some Arabic elements too. There are two different stories associated with its origin. To some, the mosque is connected to Malik Ibn Dinar, one of the earliest Persian scholars to travel to India. To others, who are familiar with the diary notes of Ibn Battuta (the 14th century Muslim scholar and traveller), the mosque was built by a king of the Kolathiri dynasty who converted to Islam. It is also mentioned that he accorded all facilities to Sayyid Abubakr, the first Qazi of the place.

Visit this mosque to admire its picturesque location, beautiful pond, ancient minaret, the dargah of Muslim saint and its impressive traditional architecture.  The mosque has one of the most ancient minarets in the state.