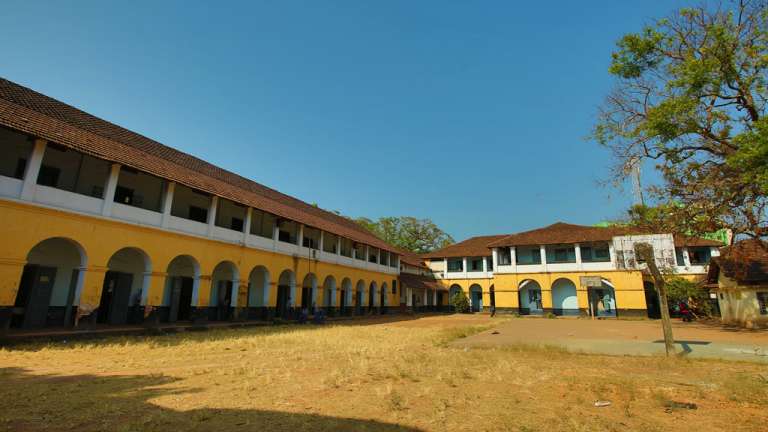 In 1856 CE, the German Basel Mission founded the Basel Evangelical Mission Parsi (BEMP) School. The school was influential in bringing a new social culture in the town and produced some notable alumni in the political sphere.

Initially, it was named Basel German Mission School but later changed to Basel German Mission Parsi School owing to the contribution made by Mr Kaikose Rudershan, the Parsi philanthropist, to the school. During the time of World War II, the word “German” was replaced by “Evangelical,” for political reasons.

The school is noted for its spacious hall, roof tiles, and huge wooden beams used in ceiling. Earlier, there was a Gallery Hall but it got ruined over time. Now, it is being restored.