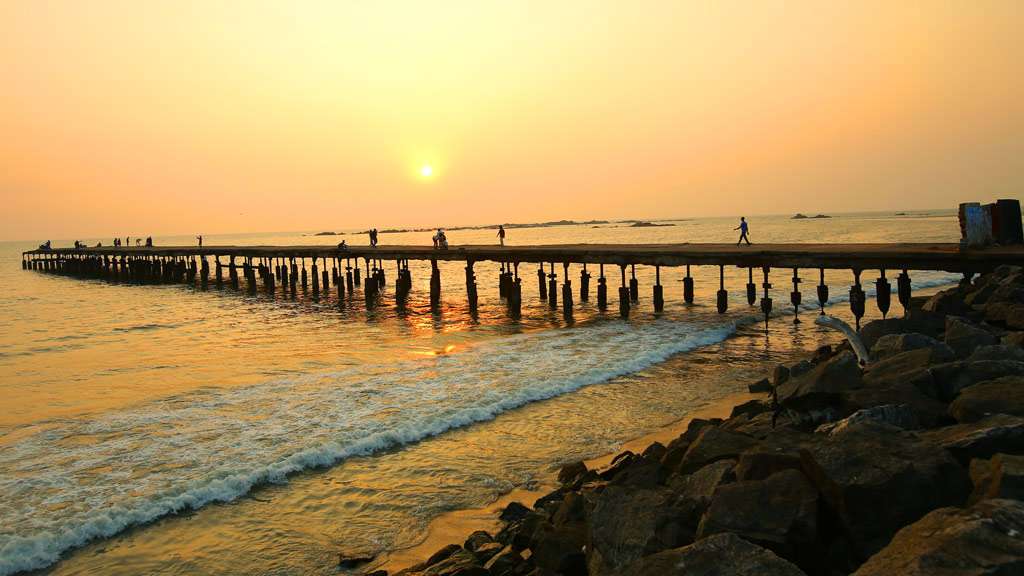 The Thalassery pier, locally called Kadalpalam in Thalassery, is an old pier reaching out to the Arabian Sea. The shallow water and large rocks often led to shipwrecks and hence in 1910 CE, the British East India Company built the pier for easy transportation of goods. The 500-foot-long bridge is 24 metres wide on the shore-side and 40 metres wide at the sea end. Later, the emergence of other ports and several other factors contributed to the decline of Thalassery Port, but for old natives, the memories still remain fresh. The Thalassery pier holds an important place in the development of the town as a commercial centre.

Visited by tourists and locals alike, today the Thalassery pier is a perfect place to spend the evenings, as the day draws to its close.