Our Lady of Dolours Basilica, Thrissur 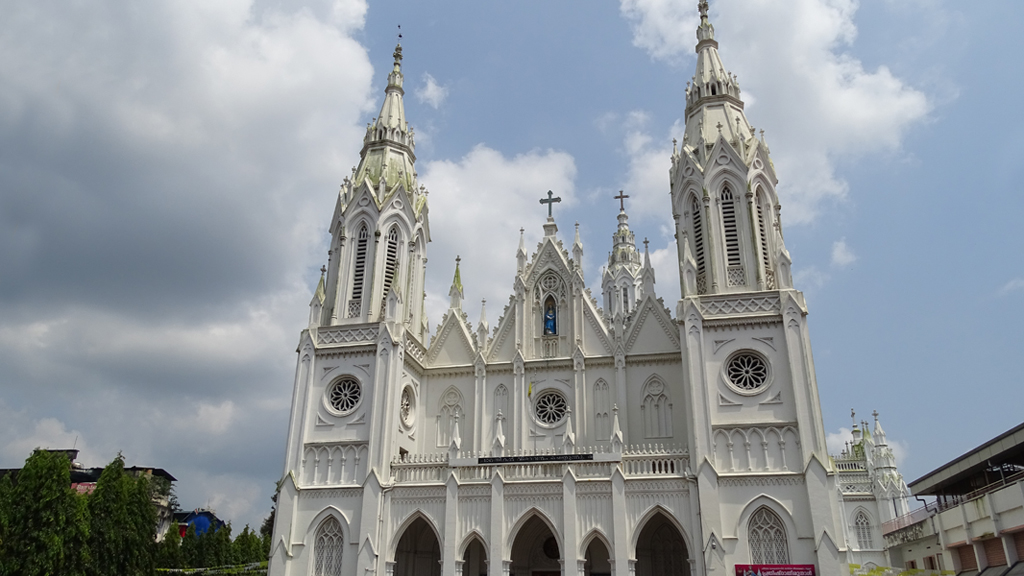 ​Our Lady of Dolours Basilica, known as Puthen Pally, has the distinction of being the biggest church in India with a tower, said to be third tallest in Asia.  It has an area of 25,000 sq. ft., and is 261 ft. tall.  It is adjacent to the Martha Marian church.

Construction of the church in the Gothic style, that began in1929, was completed after 11 years. As many as 30,000 people can be accommodated in the church at a time.  Other than the main altar, the church has five small altars. The Bible Tower with murals that depict various phases of Christ’s life is a unique feature.  The bell tower has eight bells imported from Germany.  The Feast of St. Mary, which falls in September, is the main event of the year. This is the most famous Marian pilgrim centre in Thrissur.