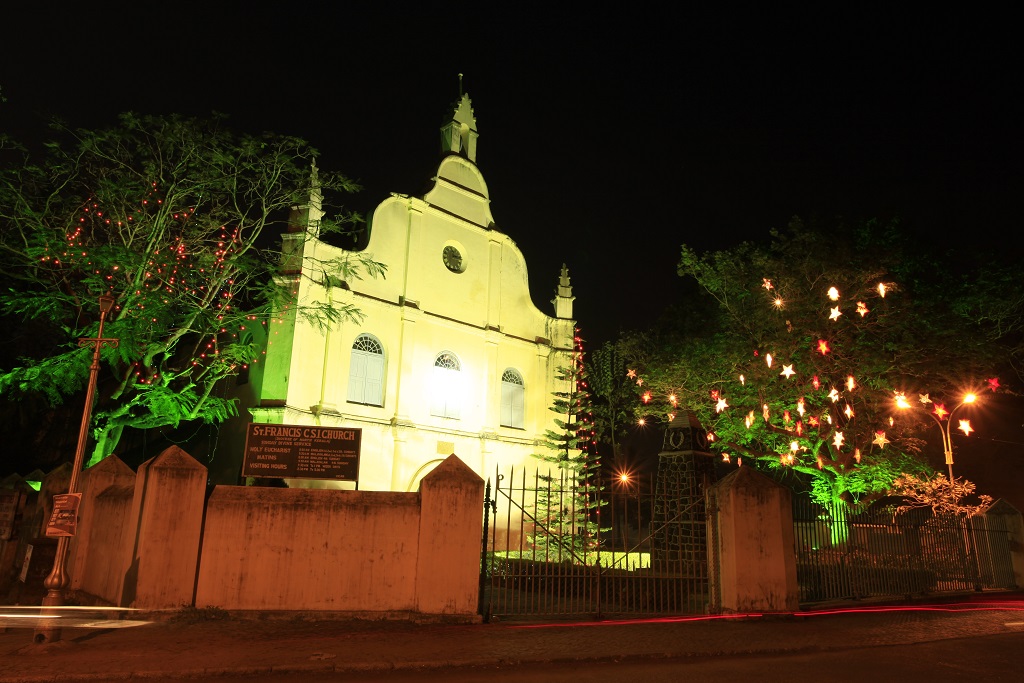 ​As per records, St. Francis CSI Church, the first Portuguese church in India, was founded by Pedro Alvarez De Cabral in 1503.  On reconstructing, its facade has acquired the Persian style. Most of the churches constructed in Kochi emulated this style. This church was originally constructed in wood, inside the fort, in the name of St. Bartholomew. It was renovated in 1516 and renamed after St. Antony. The Dutch used this church for other things till 1795. When the British conquered Kochi, it was given to the CSI. The mortal remains of Vasco-da -Gama was buried here in 1525.  It was taken to Lisbon after 14 years. This church has become a protected monument since 1923.

Inside the church, there is only a cross and no other idol. The pulpit has been conserved. A very old fan made of cloth has also been conserved and is still functional.  The wooden ceiling and floor tiles are also very old.  The tomb stones of the Portuguese could be seen on the northern wall and that of the Dutch on the southern wall. St. Francis church is one of the most remarkable monuments left in Kochi of the colonial regime.