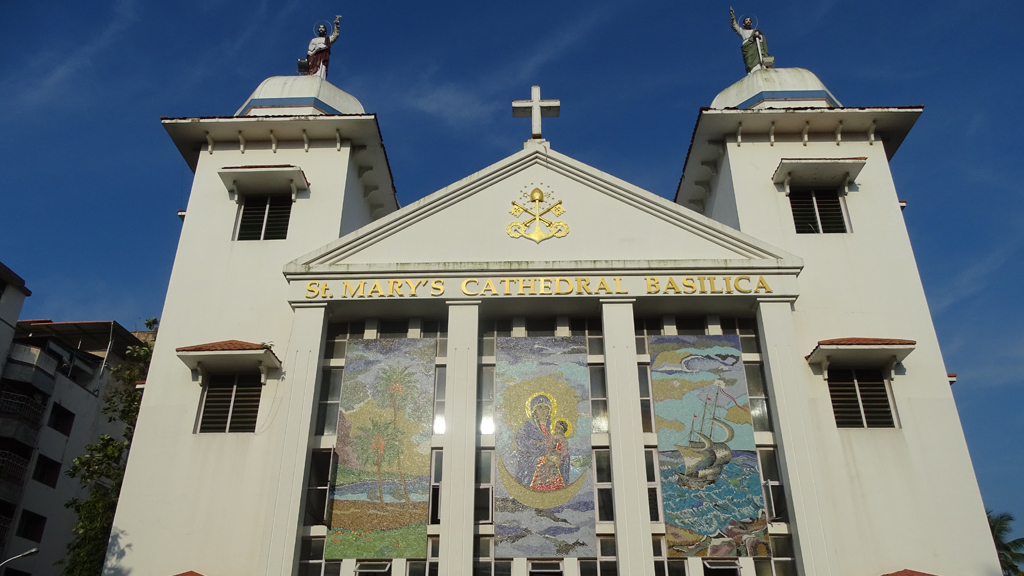 ​This church of Our Lady of Ports, known as Thekke Palli, was constructed on the banks of the lake in CE 1112.  It was renovated by Mar Louis Pazheparambil in 1905, and was made the headquarters of the Bishop. Travellers who survived a ship wreck are believed to have constructed the church and installed the picture of Virgin Mary.  Since the church faces the port, it is also known as the Port Church.

Francis Xavier is believed to have stayed here between 1542 and 1552. This has been the Cathedral (Bhadrasana church) of Syro Malabar Ernakulam Arch Diocese since 1896. The 68 feet tall towers in front of the church have the statues of St. Peter and St. Paul on them.  The 88 feet tall bell tower has huge bells and above that the statue of St. Thomas. This was raised to the status of a basilica in 1974.

On the altar there is a relief image of the Last Supper, made of plaster of Paris, made by artist K. K. Madhavan.  Prominent among the murals are, the one of Christ praying at the Gethsemane garden, and of St. Joseph and of St. Sebastian.