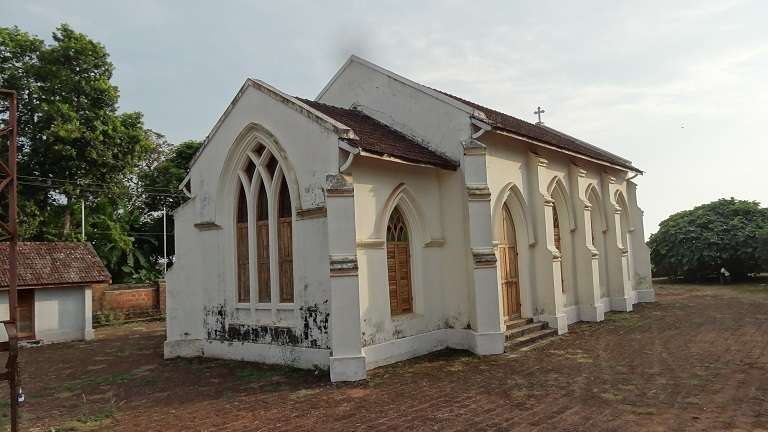 The St John's Anglican Church, near Thalassery Fort, was built in 1869 by Sir Edward Brennan, who reportedly reached Thalassery after a shipwreck. He was the Master Attendant at Thalassery during the British rule. Though he provided the funds for the construction of the church, it could be completed only after his death. His tomb can be seen in the church cemetery with an epitaph that reads "The Sterling Upright Englishman".

The church is a fine example of the Anglican and Gothic styles of architecture. The structure received a facelift in the recent past with funds provided by the Departments of Archaeology and Tourism.