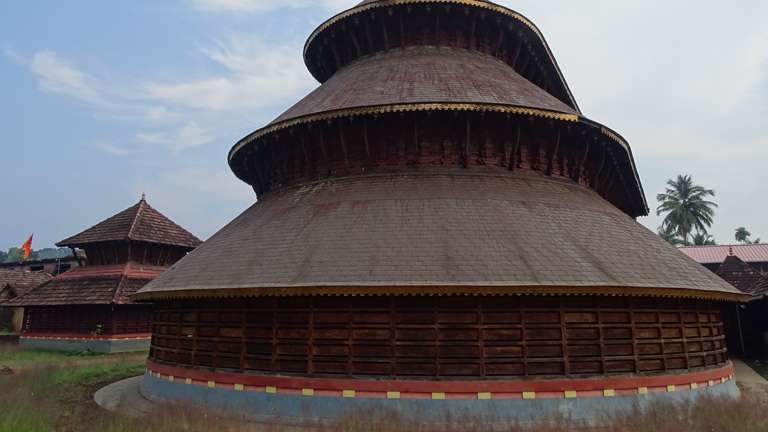 Sree Mahalingeshwara temple is one of the popular Shiva temples in Kasaragod, situated in Panayal village, 16 kms from Kasaragod town. This 13th century temple is located on the banks of Payaswini river. It is a popular shrine believed to have been constructed by Arjuna, one of the mythical Pandava warrior prince, in the Indian epic Mahabharata.

The corniced laterite walls, tiled roof, exquisite carvings on the wooden rafters based on the Vedas and colourful wall paintings of the gods are some of the highlights of the temple. The annual festival celebrated here falls in the month of February/March.