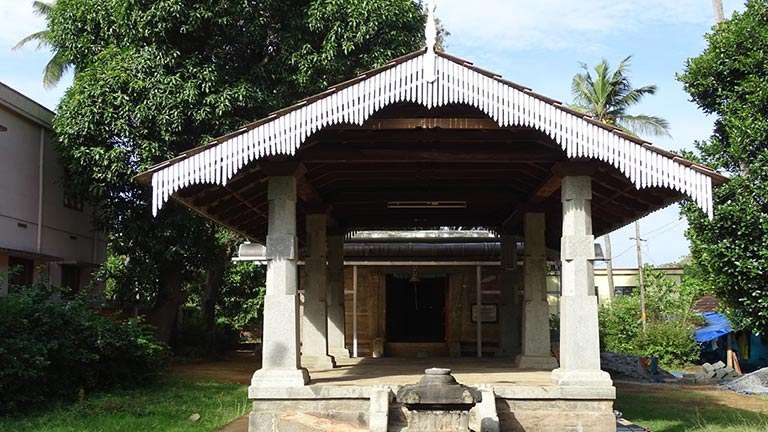 A 15th-century temple located at Jainimedu in Palakkad is one of the few places where traces of Jainism in Kerala still survive. Situated only a few kilometers away from the city, this temple is of historical significance, displaying idols of Chandranathan, Vijayalakshmi, Jwalamohini, Rish Abha Nathan, Parswa Nathan, Padmavathi and also images of other Jain Tirthankaras and Yakshinis. It is believed to have been built by two diamond merchants from Karnataka. The first Jain settlers here were Shettys and they named the place Jainamedu.

The temple is constructed using granite walls, with the eighth Tirthankara Chandraprabha as the main deity. A statue of Kshethrapalan, the guardian, can also be seen at the temple.

History and Present Status
During the 17th and 18th centuries, there were about 400 Jain families living a life of Ahimsa or non-violence in Palakkad. Their lives were threatened during the invasion of Tipu Sultan in the 18th century and so they fled the place leaving their jewellery hidden in many wells in the area. Tipu's forces ravaged the whole of Jainamedu, plundered the place and destroyed the boundary walls of the temple. The Jain families who had left the place could not return later.

The temple is in a dilapidated condition now, with only one family to attend the rituals. The Jain festivals and rituals practised here throw light into their customs and culture.

The temple which is about 6 kms from Palakkad opens every day at 5 pm. It is one of the last vestiges of Jainism in Kerala.