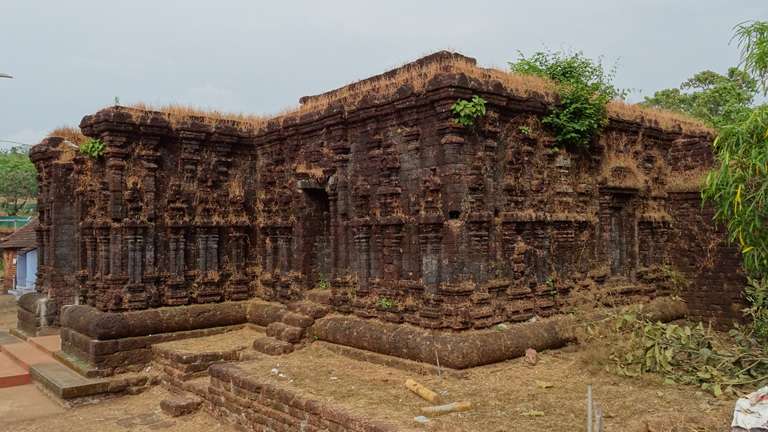 The Rajarajeshwara temple, near Taliparamba, is one of the important Shiva temples in South India. The massive boundary walls and the two-tiered pyramidal roof capture one's attention on reaching the temple premises.  A unique feature of the temple, believed to have been built by the Mooshika king Sapasoman, is the absence of a flagstaff.

It is believed that after eight in the evening, Lord Shiva is present in the temple along with Goddess Parvathy and that during these hours, they will grant any wish of their women devotees.

Performances of traditional art forms like Koodiyattam and Chakyar Koothu are held here regularly. The scholar-trustees of the temple used to present the 'Veera sringala' [bracelet] as a token of their appreciation to great artistes. Koodiyattam maestro Mani Madhava Chakyar is one of the many artistes who was honoured with the Veera sringala here.

Watch the video of  Rajarajeshwara Temple