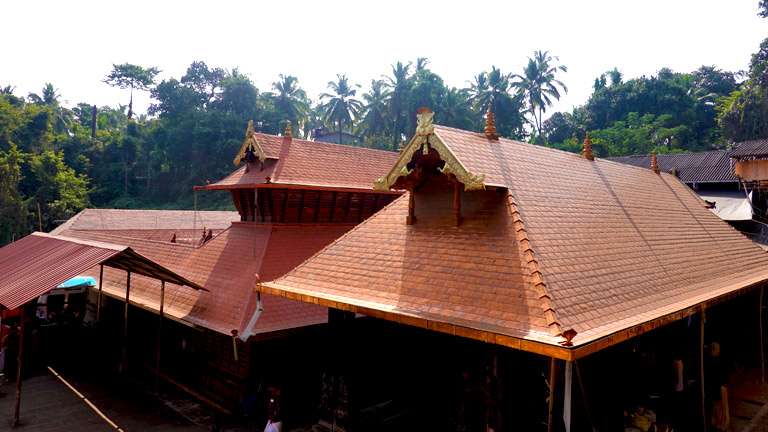 Kadampuzha Devi temple, one of the major pilgrim centers in Malappuram district, is located at a distance of about 12 kilometres from Kuttippuram. The significance of the temple is that, though it is dedicated to Kiratha Parvathy (a Hindu Goddess in the form of a huntress), there is no idol here and the rituals are performed on a hole. This depression on the floor of the sanctum sanctorum of the temple is believed to have been created when Kiratha's (Lord Shiva's disguise as a hunter) arrow pierced the ground. Legend has it that it was through this hole that the goddess disappeared after appearing before Adi Sankara (an Indian philosopher and theologian in the eighth century).